Forum EUROPA Luxembourg is a private non-profit foundation under Luxembourg law whose registered office is in the City of Luxembourg. It was founded on 5 March 2002. The foundation’s objective is “the specific promotion of science, education, research and culture”. This also involves measures “which serve the economic and social development of the Greater Region of Saarland, Lorraine, Luxembourg, Rhineland Palatinate, the Walloon region, and the French and German communities of Belgium”. The foundation’s objective is pursued through “the realisation of projects, events and measures which allow the individual sub-regions of the Greater Region to move closer together. In addition, it is also pursued through the support of institutions and collaboration with organisations aligned with the foundation’s objective and whose sphere of influence is within the core region described above.”

With its successful and ongoing involvement in accordance with its articles of association, the foundation remains closely linked to the activities and intentions of its founder, Arno Krause (†2018). Born in Saarland in 1930, he was a committed European from the very beginning who worked tirelessly for European understanding and peaceful cooperation in Europe. In 1954, he laid the foundation for the European Academy Otzenhausen in Saarland, a prominent educational establishment which is still held in high regard far beyond the borders of Europe today. A network of non-profit foundations emerged around the European Academy, which goes by the name “Partners for Europe”. The common aim of the partners in this association is the promotion of European politics, economics, culture and sustainable development. The European Academy Otzenhausen is a central place for the activities of the “Partners for Europe”. One of the central tasks that Forum EUROPA Luxembourg has set itself is to help shape the ongoing development of the cooperation area, the Greater Region described above, “to become a strong piece of Europe”. It is committed to breaking down the barriers in the minds of the people living in the Greater Region by using specific projects and awareness-raising measures. With its five regions, four countries and three languages, the Greater Region has long been a reality in the cultural, economic and political sense. Never before have there been so many institutions, structures and stakeholders concerned with this transnational area, which is also positively described as a model region for European integration. However, despite many initiatives, there are still obstacles to cooperation. Over the decades, continuous progress has been made and numerous cooperations have got off the ground, which need to be linked up in order to achieve the key objective. The Greater Region simply has to be more than an intellectual assembly of ministers, civil servants and marketing agencies. It is specifically here that the foundation wants to get involved, and together with other – public and private – partners, further advance the idea of both the Greater Region and the European idea.

Chairman of the Supervisory Board

Deputy Chairman of the Supervisory Board 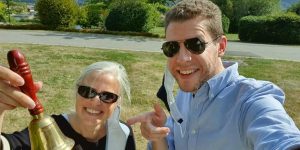 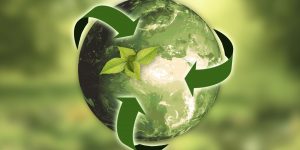 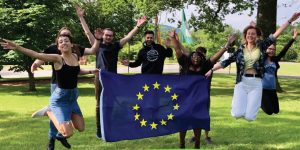 Selection of Partners for Europe events and programmes